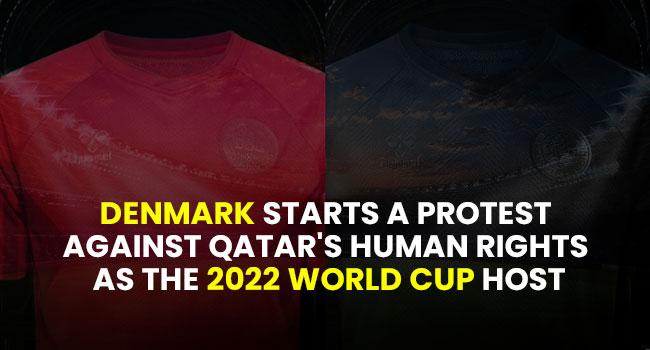 Denmark’s home and away uniforms will be more subdued for the Qatar 2022 FIFA World Cup.

In collaboration with the company that makes their uniforms, Hummel Sport, Denmark has begun a creative “kit protest” against Qatar’s human rights record. Qatar will host the 2022 FIFA World Cup later this year.

Hummel Sport has unveiled a relatively plain outfit for Denmark with very few features in place of their customary chevrons, the V-shaped stripes. The Danish company said in a statement that they deliberately chose to “tone down” the facts in protest against Qatar’s subpar human rights records.

“With the Danish national team’s new jerseys, we wanted to send a dual message. They are not only inspired by Euro 92, paying tribute to Denmark’s greatest football success, but also a protest against Qatar and its human rights record,” Hummel Sport wrote in their statement.

“That’s why we’ve toned down all the details for Denmark’s new World Cup jerseys, including our logo and iconic chevrons. We don’t wish to be visible during a tournament that has cost thousands of people their lives,” they further wrote.

At the 2022 FIFA World Cup, Denmark will not only be seen wearing the home uniform but also a more subdued, dark-away uniform. Black has been chosen as the color for the away uniform because it represents sadness, according to the kit maker.

“Black. The perfect color for Denmark’s third shirt for this year’s World Cup. While we support the Danish national team all the way, this shouldn’t be confused with support for a tournament that has cost thousands of people their lives. We wish to make a statement about Qatar’s human rights record and its treatment of the migrant workers that have built the country’s World Cup stadiums,” Hummel Sport justified. 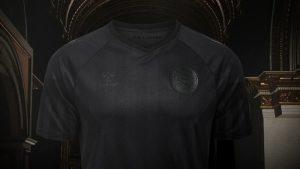 The Supreme Committee for Delivery and Legacy, which is in charge of organizing the World Cup in Qatar, disagrees with Denmark and Hummel Sport’s assertions on human rights.

“We dispute Hummel’s claim that this tournament has cost thousands of people their lives. Like every country, progress on these issues is a journey without a finish line, and Qatar is committed to that journey,” they said following the launch of the kit.