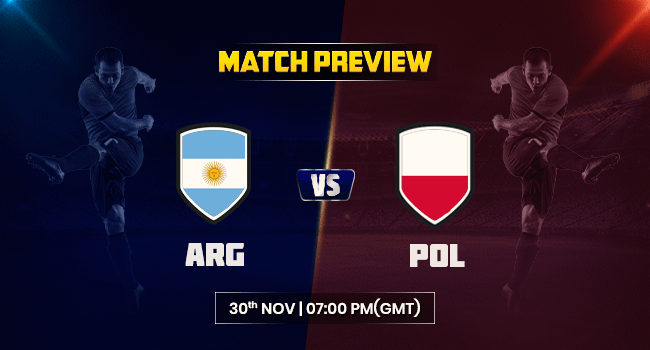 Argentina had lost to Saudi Arabia and was shattered. After the first game, Lionel Messi mentioned how the days were long. Emiliano Martinez, a goalie, saw a psychotherapist. The matchup with Mexico, according to Lautaro Martinez, was comparable to the World Cup final.

They were on the verge of being eliminated when they entered the Lusail Stadium on Saturday night, and they performed poorly for the first hour.

Midfielder Rodrigo de Paul, who appeared incapable of stringing together a pass for the life of him, was the clearest indication of their incapacity to handle the pressure. The noise at the Argentinian end more accurately described the high stakes of the event than it did the fans’ trust in the squad.

The Lusail game was ablaze with desperation when Messi scored in the 65th minute. The visceral events that followed featured the startling sight of Argentina assistant coach Pablo Aimar sobbing on the bench. It was a stay of execution rather than merely a goal.

Messi remarked just after the game, “We understood that today we had to win, that another World Cup started for us and we knew what to do.

Argentina will have to go through that conflict with Poland again. They have points when they start the game, but the pressure is still there. If they don’t win, Saudi Arabia, who plays Mexico in their last group-stage match, will once again determine their fate.

With a draw and a victory in their first two games, the Poles are presently in first place in the group. It’s already their best performance in the group stages since 1982 in terms of points.

They maintained their composure when playing a Saudi Arabia team that was full of confidence, and they managed to grind out an outstanding 2-0 victory.

While Wojciech Szczesny’s first World Cup goal garnered most of the attention, Wojciech Lewandowski’s goal would not have been possible without Poland. In the face of a reinvigorated Saudi offensive, the Juventus goalkeeper maintained his defiance. He blocked Salem Aldawsari’s penalty in the first half and then made one of the tournament’s best saves by blocking the next rebound.

For Poland, the stakes are just as high as they are for Argentina. It’s their greatest chance to get to the knockout rounds, which they haven’t done since 1986.

The might of Poland and Argentina will be put to the ultimate test in this last group encounter, with one on the verge of history and the other on the verge of ignominy. It will once again be nothing less than a World Cup final for both teams.

This could essentially prove as a decisive match for Argentina and Poland will make sure that they will give it their all because they also need a win to carry forward their momentum to the next stage of the tournament.