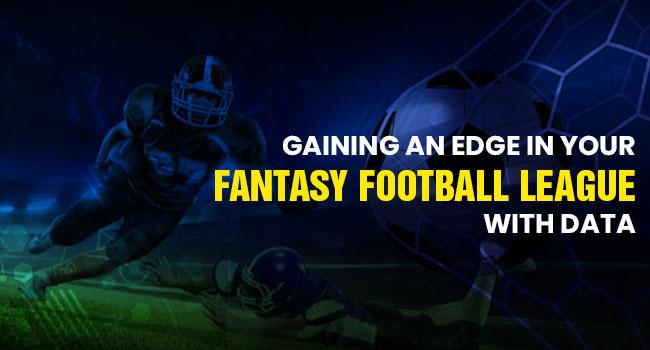 Football has returned after a long absence. With the return of the Premier League comes a return to activity not just for players and spectators, but also for 7 million fantasy football managers.

With only a few weeks left in the season, there isn’t much time to climb the league rankings.

So, what’s the greatest strategy to rack up points quickly? Frontier’s data scientists crunched the stats to deliver the answers: which approach to use to catch your league leader, and which players to select to do so.

The busiest managers can skip to the advice, but any aspiring data scientist is welcome to ask questions about our data analysis in the Data Deep Dive below and share their feedback.

The ideal tactic? Bet on the Mavericks

Let’s start by stating the obvious: you must choose players other than those of the manager at the top of your league if you want to surpass them.

Players who are “different,” as they are referred to in the fantasy football world, are essential to success.

But which players should you choose?

It would appear simple to start with those who have a high average points total. However, given the wealth of online player performance records, it’s unlikely that there will be a pool of underutilized, high-scoring players who have not previously been signed by other managers.

With only a few weeks remaining, it’s time to take a chance: if you want to climb the leaderboard, our experts advise choosing maverick players with a high level of point volatility. According to statistics, the most appealing tactic for the pursuing pack at this time in the season is to bet on erratic individuals who are capable of scoring really high point totals.

Here is an illustration to demonstrate why:

“Fatter tails”: How mavericks may accelerate your progress

Imagine the situation: Your mini-league is in the thick of things. You need one of your differential players to score at least 12 points in the upcoming game week if you want to have any hope of catching the leader before the season is through.

You search your team for players the captain is missing. Who could provide the points you require? You see David Silva, is the obvious choice. With steady yields of 4 to 8 points most weeks, Silva has been a wise choice.

You focus on the unconventional Paul Pogba. He only earned two points against Crystal Palace at home, but he scored twice against Burnley on the road and finished with an incredible 13 points. Despite his inconsistency, Pogba would surely have a better chance than Silva at scoring the vital 12 points.

Which players are the best Mavericks?

It’s time to begin choosing your bets now that you have the plan at your disposal. To assist you, the Frontier team combined statistical and econometric methods, including Monte Carlo simulations, machine learning, and logit regression analysis, to identify the players most likely to propel your club up the standings when the new season begins on June 17.

Here is a list of individuals we believe are crucial to your chances of winning the championship, focusing on goal-scoring midfielders and forthcoming games:

Just a quick reminder that this ranking was created using historical Fantasy Premier League data analysis from past seasons. Managers should, as with any data study, take into account how the current Premier League scenario differs from that of prior seasons and whether the conclusions still hold true.

Have fun on the ride.

So there you have it: The mercurial point scorers we believe can help you launch a late comeback in your mini-league. As many fantasy managers are aware, having a strategy for the next few weeks is critical, and the evidence suggests that gamblers may be rewarded.

Choosing maverick players should be a beneficial technique for you, but remember to be adaptable. Whatever happens in the final few weeks, one thing is certain: it’s the rollercoaster ride of fantasy football that keeps it interesting, and a few wildcard choices each week can only add to the enjoyment.

The Beginner’s Guide to Fantasy Football League for Girls

Our fantasy football picks are based on extensive research by our data scientists. We’ve highlighted some of the statistical and economic tools they employed in our Data Deep Dive.

These techniques are complementary in our opinion: Monte Carlo research investigates the influence of increased point volatility on a manager’s chances of catching up by modeling what might happen in thousands of potential end-of-season scenarios.

Unsupervised machine learning classifies all players according to how volatile their point totals are, which aids in identifying the maverick individuals. The extra influence of form and convenient matchups on the likelihood of a result (in this example, 10 points scored) occurring is isolated using a logit regression analysis. These approaches address various issues in various ways but taken as a whole, they provide a variety of suggestions to improve your chances of overtaking the leader.

Who are the Mavericks?

Again, based on our Monte Carlo simulations, we advised choosing two to four maverick players.

When we repeated our simulations with two Mavericks attempting to make up the same 20-point deficit over the course of seven weeks, the Mavericks were successful 32% of the time. In 22% of simulations, two sure-bet players got caught up. The odds of catching up improved by 22 percentage points with the inclusion of a second maverick, compared to 18 percentage points with the addition of a second safe bet.

It’s preferable for managers who are only slightly behind the leader—say, between 10 and 30 points—to avoid being overly envious. According to our data, your odds will decrease if you add more than two Mavericks. A low score from the second maverick can coincide with a high score from the first maverick, canceling out the benefit from the first player’s point volatility. This is because each Maverick you add has an equalizing impact. Moving from one to two Mavericks doesn’t have a particularly substantial offsetting impact, but the more you add, the bigger it gets.