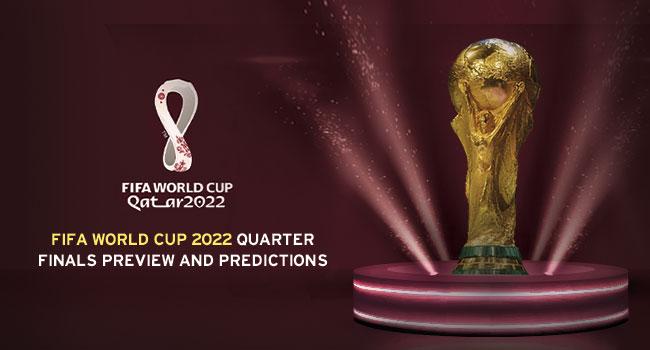 Goncalo Ramos began in place of Cristiano Ronaldo in the final Round of 16 matches of the FIFA World Cup 2022, and he scored the first hat-trick of the competition as Portugal defeated Switzerland 6-1 to progress to the quarter finals. Since it was the last Round of 16 games, the outcome was decisive.

The Netherlands defeated the USA 3-1 in the Round of 16 first match. After that, France defeated Poland 3-1 and Argentina defeated Australia 2-1. Following that, England won 3-0 over Senegal. The first match of the FIFA World Cup 2022 to be decided by penalty shootouts were Croatia vs. Japan. Croatia overcame Japan 3-1 on penalties after the game finished 1-1 after 120 minutes.

Following Brazil’s 4-1 thrashing of South Korea, it was Morocco’s chance to pull off the unexpected. After 120 minutes of play without a goal, they defeated Spain on penalties. Goncalo Ramos emerged as a new hero for Portugal in the decisive Round of 16 games. The 21-year-old took Cristiano Ronaldo’s place at the start of the game and scored the first hat-trick of the competition to destroy Switzerland 6-1.

The tournament favorites displayed their teeth by smashing South Korea 4-1. Last time’s champions had to use penalties to defeat Japan. This ought to be a simple matter.

Well…yes. In all honesty, you truly hope that Brazil advances because, while the prospect of a Croatian shock is amusing, it is in no way comparable to the prospect of facing Argentina in the semifinals.

However, when it comes to spoiling parades, Croatia is the undisputed maestro. Let’s review their previous performances: in 2018, they eliminated Denmark on penalties, the hosts Russia on penalties, and then England late in extra time. They adore it.

The midfield trio of Marcelo Brozovic, Mateo Kovacic, and Luka Modric is competitive with anyone. The best young center-back in this competition is Josko Gvardiol. Ivan Perisic adores scoring in major competitions.

But then there’s Brazil. a result of representing Pele. a semifinal matchup with Argentina. Neymar, Richarlison, Vinicius Junior, and others It’s difficult to ignore them.

Brazil will not require additional time since they are too powerful.

It’s difficult to look at this fixture and not be carried back to July 4th, 1998, the 90th minute in the Stade Velodrome, and Dennis Bergkamp’s first touch.

In pre-match publicity, Dutch defenders Nathan Ake and Jurrein Timber mentioned the history of this game, however, Timber did add that “everyone remembers this goal” although he, himself, was just a gleam in the milkman’s eye at the time, having been born in 2001.

Argentina doesn’t recall it fondly, despite having had the best of the rivalry throughout time: they won the not-at-all questionable 1978 final by overcoming the Netherlands, and they also made it to 2014 final on penalties, but to be honest, I remember that game and it was dreadful.

Let’s hope for better this time. It’s difficult to shake the notion that the Dutch aren’t that good, based on the totally unscientific “yes, but who have they played?” criteria, whereas Argentina has beaten Mexico, Poland, and the Socceroos en route to the quarterfinals.

This is difficult to forecast. Morocco has a reputation for sitting back, absorbing pressure, and then applying it to its adversaries. For example, Spain held 75% of the possession yet surrendered more opportunities before losing on penalties to the Atlas Lions.

Portugal is pleased to have the ball and has looked well with it, particularly in their recent 6-1 victory over Switzerland. Not to brag, but if you go back to last week’s edition of this piece, you could notice that I predicted Portugal to win without Cristiano Ronaldo.

Assuming they maintain their current selection approach, I see the same thing occurring against Morocco. Given what the North Africans have shown, we’ve long since written them off, but you can’t dismiss the Portuguese’s attacking performance against a Swiss team that had also looked competent defensively.

Portugal will be significantly more direct than Spain, will have a center offensive presence, and will have a fired-up, furious legend to put in and head them a late goal.

This is by far the most difficult game to forecast. France is the incumbent champion and a very talented team. Their breadth is astounding. They have the best individual player in the competition in Kylian Mbappe, who every team must consider and plan around.

England, on the other hand, appears to be worryingly capable. They appear to have established a balance upfront and will very certainly drop to a 3-43 presently, with Eric Dier replacing (presumably) Jordan Henderson at the back.

Add in Phil Foden, who is now a near-certainty to start high on the left, plus an ominous Harry Kane, plus the famed set piece danger that has yet to materialize, and they’re more than a shot.

Both teams appear to be strong, and I’d back them against pretty much any other team in the competition that isn’t named Brazil. I anticipate making the final minimum for whoever wins this.