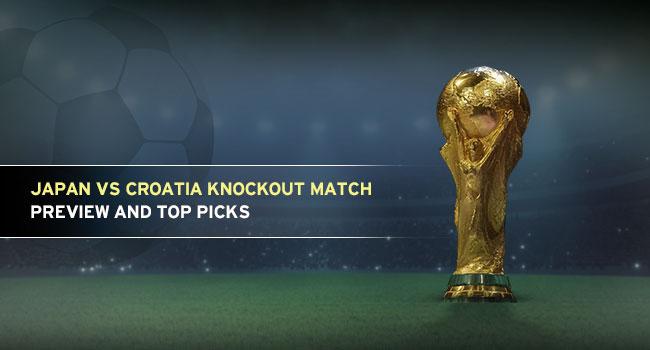 Japan and Croatia will face off in the fifth Round of 16 matches of the 2022 FIFA World Cup. Japan triumphed against two of the biggest teams in the competition, Germany, and Spain, to win a group that also featured Spain. Croatia drew 0-0 with Belgium and 0-0 with Morocco, which ultimately served them well when they trounced Canada 4-1.

As of right now, Japan is having a dream run at FIFA 2022. Germany was beaten by the giant killers, who ultimately eliminated the four-time world champions from the world cup. Additionally, Spain was defeated by the Samurai Blue, moving them up to second place in the group. Croatia, on the other side, hasn’t lost a match since the competition started.

Despite having never previously defeated a World Cup winner, Japan won the group of death. This time, they took out two world champions in a three-day stretch. Japan will thus feel confident throughout its most successful World Cup campaign in history. Japan’s excellent defensive performance was crucial in its victory over Spain, and similar tactics may be used against Croatia as well. They were able to capitalize on the few openings they generated in that game, but additional time and perhaps penalties could be needed in this one.

It’s interesting to note that Zlatko Dali’s squad has also had success using defensive tactics. After 90 minutes, the draw seems like good value because Croatia would likely be pleased to prevent Japan from scoring in this game. The runners-up from last year have gone nine games without losing, winning six times and drawing three times. They haven’t dropped a game since June when Austria crushed them 3-0.

The history of these two clubs’ matchups is particularly intriguing. One match was won by both Japan and Croatia, while one was a tie.

Ivan Perisic and Luka Modric continue to be crucial players for Croatia. As Ko Itakura will be sidelined from the game for collecting a second yellow card, Japan’s winger Ritsu Doan may have the opportunity.

On December 5 at 3:00 PM GMT, the JPN Vs CRO game will take place at Al Janoub Stadium in Al-Wakrah.

In India, Sports18 and Sports18 HD will show the Japan vs. Croatia game live. Jio Cinema’s app and website will also provide free live streaming of the action.

Prediction of JPN vs CRO

Japan will extend its unbeaten streak at the FIFA World Cup 2022 by defeating Croatia 2-0 to advance to the quarterfinals. With the form Japan is in they look like the top contenders for this match as they have managed to secure some amazing victories in the group stages. If they continue their form they can reach heights in the FIFA World Cup and prove to be a new superpower in football.