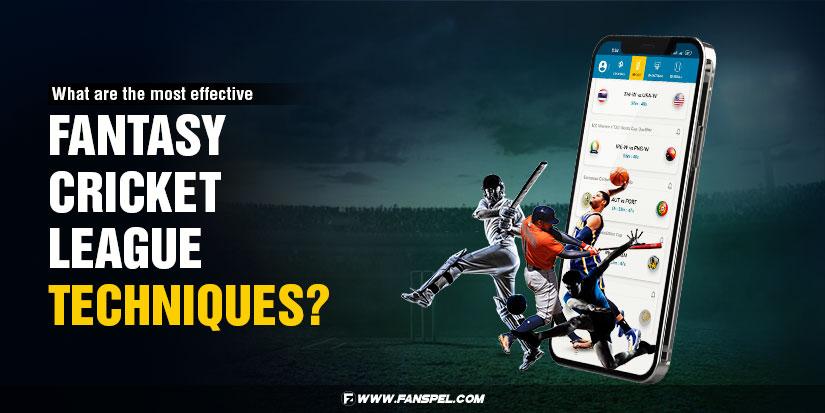 If you pick the right league and learn how to manage your team of players, playing in fantasy cricket leagues can be both profitable and enjoyable.

The most crucial aspect of playing fantasy cricket leagues is making sure that your team is comprised of the most talented players you can afford to sign and keep for the duration of the fantasy league season.

Fantasy cricket leagues are ideal for sports fans who want to immerse themselves in every aspect of the game, and they’re also a great way to put your cricket knowledge to the test. You don’t have to be a cricket expert to enjoy fantasy cricket, and you don’t have to know everything about it to win.

Increased Fan Engagement in the Sports Industry Thanks to Cryptocurrency

The first thing you should do is do some homework. Look up the rules and scoring for your league. Depending on your league, there may be some minor differences in how stats are calculated or points are awarded. Determine the importance of each stat before you draft, so you don’t go after a player who excels in one category but struggles in others.

A strong all-around player who excels in multiple categories will give you a better chance of winning than someone who excels in only one.

You can check out FANSPEL’s point system here to better understand how to pick your draft.

A good strategy for building your team is to look for players who have been consistent performers in the past and can be counted on again. It’s not as essential to sign stars who are on a roll as to sign players with a track record of success. Avoid fantasy cricket superstars facing weak teams because their performance may drop off abruptly.

Drafting a balanced team is also essential; if your roster contains too many batters or bowlers, you won’t have enough wiggle room if one of them is injured or performs poorly (likely).

Fantasy cricket leagues are comparable to fantasy football leagues. Here are some pointers to help you succeed in your league’s draught, which is essentially the same as setting your lineup. Form a balanced team of batsmen and bowlers from various teams. Set a budget and ensure you have a player from each position in the batting, bowling, and all-around categories.

Using metrics such as average run rate, strike rate, and others is an easy way to select your fantasy cricket app team. Select players with strong records in all formats of cricket if you want a more advanced (and time-consuming) method. If you have the time, read every match report. published on Cricbuzz. They don’t go into as much detail as ESPNCricinfo, but they’re also less comprehensive, which is ideal for fantasy cricket.

In the majority of fantasy leagues, there are times when you are permitted to change players or make trades based on a variety of criteria. Make the most of your time. If a previously drafted player underperforms, don’t be afraid to replace him with someone who is performing better (just remember there are rules about making roster changes).

You should also consider shedding dead weight and giving someone else a chance. The worst thing that can happen is that your team loses, and it’s unlikely to be due to a single poor draft pick. As long as you don’t have an all-star team from the start, you should see progress throughout the season based on the decisions you make along the way, not just at the end.

Each team has a set budget for player selection, so if you want to succeed, you must assemble a team with a good balance of players. However, winning fantasy cricket leagues is more than just selecting cheap, undervalued players; there are specific game plans that work for all T20 leagues.

The key is to understand how each team compares to each other in power-scoring positions, how good your own bowlers are, and how to match them up against batsmen who will struggle against them.

Here are three key tips for increasing your earnings from fantasy cricket:

1) Have a strong captain option available;

2) Don’t run out of bowlers who can take wickets; and

3) Balance your squad so that everyone is equally capable.

Conclusion: As cricket has grown in popularity in many Western countries in recent years, so has the number of fans participating in fantasy cricket leagues. If you’ve never participated in this kind of competition before, you may be looking for advice on how to help your team win big or maximize the points that your players can score. This guide will go over the best strategies for building the best team and scoring the most points possible during each match or tournament.

If you are also interested in cricket or other fantasy sports to make your experience while watching your favorite team play more exciting, then check out Fanspel. It is the leading cryptocurrency sports platform that has its own native cryptocurrency called the FAN Token which is used to indulge in fantasy sports contests.