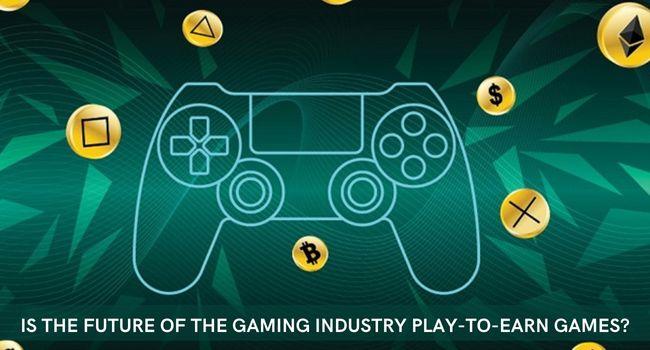 Play-to-earn (P2E) games are a recent and rapidly expanding phenomenon in the gaming industry because they combine the two things that everyone wants in life: fun and money.

The player is usually rewarded in today’s play-to-earn games with an in-game token, the value of which is determined by how much liquidity, or money, is present in the token.

Because of this, many use non-fungible tokens (NFT) to support their token at first, allocating a portion of their earnings to support it until players start investing their money in it.

Following that, it’s up to the game designers to create a well-balanced internal economy that produces and burns tokens in accordance with the game’s rules and offers a delightful and engaging experience to draw players in.

In games, enjoyment is still the most essential aspect. Yes, receiving rewards in cryptocurrencies and NFTs is a fantastic extra incentive to play, but that does not make a bad or boring game acceptable. Even if some people were persuaded to play by the promise of “free money,” they wouldn’t stick around for very long because word of mouth is a potent way to advertise your game. You accomplish that by offering enjoyable and just rewards.

But the similarities stop there.

What are the most effective fantasy cricket league techniques?

Most gamers, at least those over 18, do not intend to use play-to-earn games as a means of generating income. Certainly not practically. Income at the player’s level in the game is far below what would be necessary for a full-time job. Within the context of the current P2E model, this is absurd. The fun will still be the primary determinant of a game’s success, and paid incentives are more of a nice little bonus where players either break even with their investments or even get a fantastic bonus.

Having said that, most players will likely consider a game that offers rewards for playing to be superior, assuming it is as entertaining as its non-blockchain counterparts.

Many people use play-to-earn games like Axie Infinity to earn what amounts to a respectable income in third-world nations where the American dollar is valued higher than the local currency.

Within the next five years, play-to-earn games will account for 90% of the gaming market, according to Reddit founder Alexis Ohanian.

“90 percent of people will not play a video game unless they are being properly valued for that time,” Ohanian said.

“In five years, you will actually value your time properly, and instead of being harvested for advertisements or being fleeced for dollars to buy stupid hammers you don’t actually own, you will be playing some on-chain equivalent game that will be just as fun, but you’ll actually earn value, and you will be the harvester.”

There will undoubtedly be new ways to make money as time goes on. Whatever form the Metaverse takes, it will eventually allow people to do everything from adopting a large corporation’s brand to rent out land, selling digital goods, or providing digital services.

Though still in its infancy, the idea is inevitably gaining support from a market that, having previously spent its money on gaming, is now able to put both money and time into other endeavors.