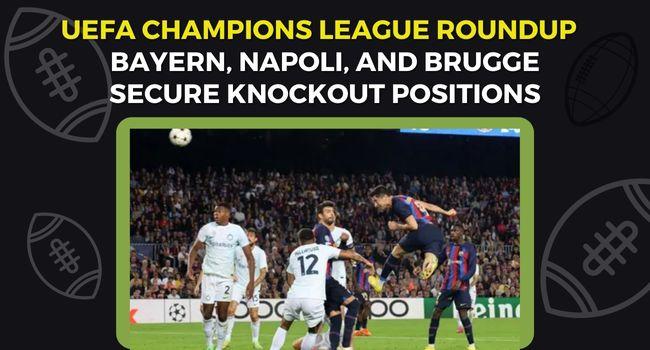 Bayern Munich punished the Czech champions through a merciless first-half performance, defeating Viktoria Plzen 4-2, and moving on to the knockout round of the Champions League. 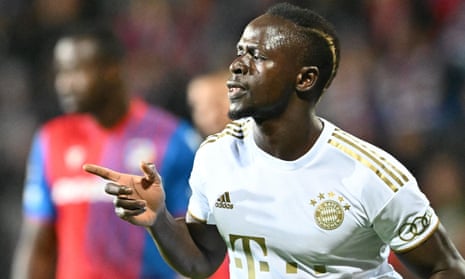 Bayern’s win and Barcelona’s 3-3 tie with Internazionale ensured the hosts’ elimination while advancing Bayern to the knockout round. Sadio Mané’s one-two with Leon Goretzka and the subsequent goal gave Bayern the lead after 10 minutes. Bayern has now gone a record-extending 32 group games in the competition without losing.

An unmarked Thomas Müller added to the visitors’ advantage before Goretzka scored again to complete Bayern’s scoring. For the home team, goals from Adam Vlkanova and Jan Kliment in the second half restored parity.

Napoli defeated Ajax 4-2 at the Diego Armando Maradona Stadium to maintain their perfect record in the group stages of the Champions League and advance to the knockout rounds.

The Serie A leaders were comfortably up after only two minutes with two goals from Hirving Lozano and Giacomo Raspadori. Khvicha Kvaratskhelia scored a second goal with a second-half penalty after Davy Klaassen had pulled one back for Ajax.

Steven Bergwijn’s 83rd-minute penalty brought the score back to 3-2 for the Dutch side, but a catastrophic defensive blunder allowed Victor Osimhen to score Napoli’s fourth goal in the last seconds.

With 17 goals in four games, Napoli’s 12-point haul guarantees them a top-two finish in Group A. Liverpool defeated Rangers 7-1 in another section match, moving them one point away from qualifying.

After playing Atlético Madrid to a scoreless draw, Club Brugge advanced to the knockout phase and earned a top-two finish in Group B. Atlético missed a number of opportunities, extending their three-game losing record in the competition.

In another encounter, Porto’s Galeno defeated Bayer Leverkusen 3-0 to go into second place in the group with two games left. Galeno scored one goal and won two penalties, which Mehdi Taremi converted.

Leverkusen manager Xabi Alonso was making his Champions League debut on the sidelines as the German team fell down after only six minutes. Despite their best efforts, the hosts were unable to retake the lead as Porto goalkeeper Diogo Costa made many great saves.

Leverkusen has a remote chance of making the playoffs as they are in the fourth position on three points after Porto’s victory moved them into second place on six points. Fourth, Atlético is third.

Marseille improved their prospects of making the round of 16 in Group D by defeating Sporting, who had nine players, 2-0. Sporting, who saw Ricardo Esgaio and Pedro Gonçalves sent off each side of the half, lost Mattéo Guendouzi and Alexis Sánchez to red cards and scored goals before the break.

With six points after the outcome, Marseille is now in the second position, one point behind Tottenham after their 3-2 victory over Eintracht Frankfurt. With six points, two more than Eintracht, Sporting is in third place.

Join the weekly football action only on the leading cryptocurrency fantasy sports platform Fanspel, it hosts exciting contests every day with big prizes. Everyone can now earn and be a part of the cryptocurrency world through Fanspel.